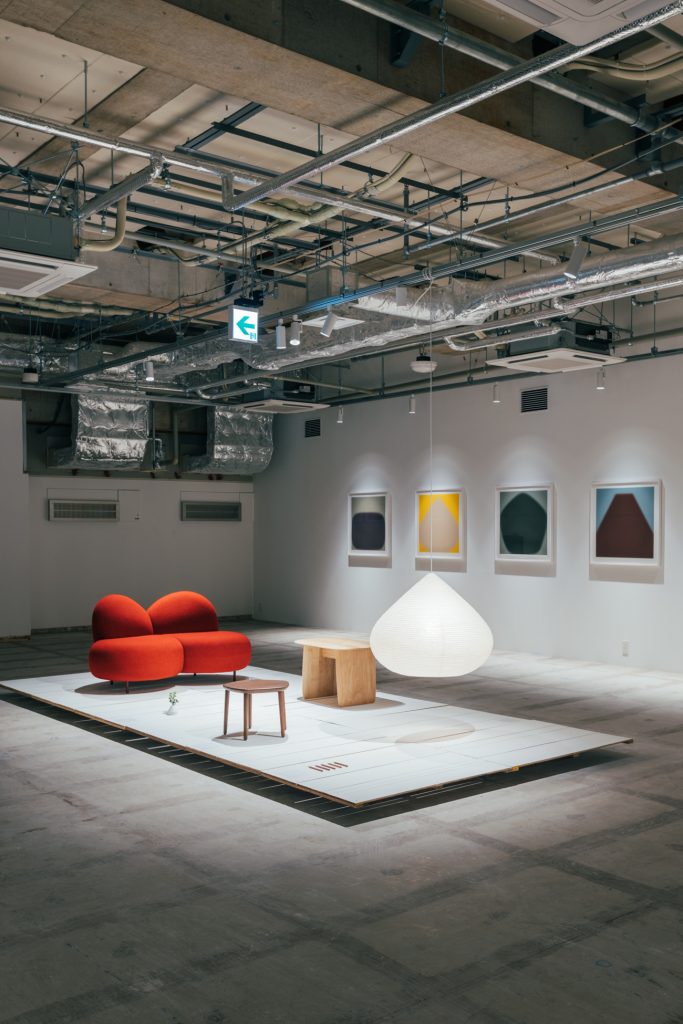 #ClaessonKoivistoRune , #Joy
AIMAI - “Expressions of Vagueness", was recently held on the basement floor of a building under construction in Nihonbashi, Kabutocho. The week-long exhibition was held by Claesson Koivisto Rune (CKR), a design unit based in Stockholm, Sweden. The team, consisting of Mårten Claesson, Eero Koivisto, and Ola Rune, was also responsible for the design of K5, a hotel, and micro-complex that opened in Kabutocho in 2020. They also designed the "Sphere Building" in Kyoto, which was completed in 2003, and have collaborated with Japanese manufacturers to design furniture and various goods in Japan.

The exhibition brought together seven pieces of artwork inspired by the concept of “aimai”, roughly translated to mean ambiguity. The concept of aimai was something the CKR team discovered during their work in Japan, with it becoming an important source of inspiration. In addition to the artworks on display, the book “CLAESSON KOIVISTO RUNE AIMAI,” published in conjunction with the exhibition, was for sale, attracting the attention of those interested in architecture and design alike.

Saturday, October 22 marked the first day of the exhibition, beginning with a press preview and a small reception party. The reception was attended by Heiwa Real Estate, who are responsible for many of the new projects in the area, as well as people working in the Kabutocho and Kayabacho neighborhoods. People related to the architecture and design scene, as well as those who have been long-time friends of CKR, were also among the first to view the exhibition.

Mårten Claesson opened the reception with a few words on behalf of the team: “We are always focused on three areas of human creation: architecture, design, and the arts. While our primary activities focus on architecture and design, we occasionally embark on works of art. While related to architecture and design in many ways, we believe that art differs in that it is an object of experience in its own right. Artistic inspiration, of course, can come from just about anything in life. If I had to pick one source of inspiration, I would say it is the unique Japanese culture. We have discovered a unique sense of Japan and a uniquely Japanese word “AIMAI (ambiguity)” that we have felt in the 30 years of design work we have been involved in. It means vague, unclear, or ambiguous, but it is also a word that has allowed us to break through and remove the ‘boundaries’ that we had felt before.”

In 2021, CKR proceeded to create an art brief commemorating “ambiguity” and completed a collection of seven motifs. While the collection can be taken as a collection of abstract expressions of color, shape, size, and ambiguity, their starting point is derived from CKR’s designs in Japan, or the details and features of those designs.

The venue for the exhibition and reception was ‘keshiki’, a small complex that Media Surf Communications plans to open in early December. This exhibition was held for one week, using the multipurpose space, located on the basement floor of the building.

Kabutocho has been undergoing a revitalization in several phases since February 2020. With the new keshiki complex scheduled to open in December, we can expect more new and exciting things in the neighborhood.